Do you know the story of Starbucks coffee company? This company which is a global coffeehouse chain is considered to have introduced the coffee culture in many parts of the world. Its so famous that it never had to rely on traditional advertising like billboards and newspaper. Today there are around 31,000 thousands Starbucks stores in the world selling 4 millions cups of coffee per day, how did it become so famous?

The story of Starbucks coffee company- Who are the founders?

The Starbucks company was founded in 1971 by Jerry Baldwin, Zev Siegl and Gordon Bowker in Pike Place Market in Seattle. The 3 partners who were bored drinking poor quality coffee, decided to open a store to sell high quality coffee and named it Starbucks Coffee Tea Spice. Jerry Baldwin got his inspiration and learned the coffee trade business from his mentor Alfred Peet who had great knowledge on coffee and had his coffee trade business called Peet’s Coffee& Tea.

The main aspiration of the company at that time was to provide great quality coffee, and was only a coffee store selling bags of coffee, tea and spices. The employees were occasionally offering samples of coffee cup to their customers to market their coffee beans.

One interesting story of Starbucks coffee company is that its name was inspired from the book Moby Dick. The founders initially planned to name the company Pequod (Captain Ahab’s ship), but finally decided to choose Starbucks, who was the chief mate of the ship. As for the initial logo it was the image of a “bare breast and twin-tailed mermaid”, they liked it because it was like a sort of attraction and that what they felt the company’ mission was; to attract people to discover good quality coffee. Eventually with time as the company grew exponentially it became more politically correct to refine the logo; it was replaced by a mermaid who had her breasts covered by her long hairs.

Did you know that the man who made Starbucks the giant it is today, was one of its employees!

The thrilling fact about the story of Starbucks coffee company is that it was propelled by a man who was initially one of its employees; Howard Schultz. At that time he was 29 years old and working as a kitchenware company selling coffee machines. Howard Schultz discovered the Starbucks Coffee Tea Spices company while going to fill their order of coffee machine filters.

There he was offered a sample of hot French press Indonesian coffee to taste. Howard was so amazed by the great coffee taste that he got a gut feeling that it would have a very big potential. The coffee machine salesman came back to ask for a job at the company, which the founders refused at start. However, after persisting several times he was finally hired in 1982 as director of retail operations and marketing.

The decisive business trip to Italy

The moment which changed the company’s destiny was one year later when Howard went on a buying trip in Milan, Italy to meet coffee beans suppliers. There in the street of Italy, the man was dumbfounded when he discovered all the coffee bars across the streets. He felt in love with the concept and style; people with their friends coming to buy a great cup of coffee and light foods. Schultz related that it felt like a charm, a romantic setting where people did not just come to buy a product, but also to feel the experience. He was so excited to export the idea to America that after one week in Milan when he flew back to Seattle he immediately went to see the founders to propose his ideas.

But the founders were not keen about the project as for them the essence of Starbucks was to sell high quality coffee beans and not scaling up and selling commercial standard quality coffee in retail stores. But again Mr Schultz was so persistent in trying to convince them that he was finally allowed to set his coffee bar concept in a new Starbucks store they opened in Seattle.

The disruption of the coffee culture

The success of the Starbucks coffee bar was instantaneous, people liked the concept of ‘coffee-to-go’ and the facts that they were offered a new whole type of coffee flavors which they never tasted before. On the first day they had hundreds of customers coming to buy their coffee, and this is one of the ways how latte coffee was introduced to America and was lately known as American latte.

However, the instant success of the coffee bar concept proposed by Howard Schultz demonstrated the founders that it was all but what they wanted. They feared that scaling up their operations and selling coffee to a broader market would hinder their pledge of offering high quality coffee. Disappointed, Schultz decided to quit the company in 1986 and successfully opened his own coffee bar in Seattle called Il Giornale.

His story with Starbucks was not over as 2 years after, Jerry Baldwin and the other 2 founders decided to take over and focus on Peet’s Coffee & Tea. Hence, they decided to sell Starbucks retail stores to Schultz for $3.8 millions. Though the amount was astronomical, the latter managed to convince investors and got the required funds to acquire his dream company. This is how the story of Starbucks coffee company was made; after the acquisition in 1986 it was merged with Il Giornale but operating as Starbucks brand.

From then, Schultz, former employee and now owner of Starbucks, skyrocketed the coffee company by opening thousands of coffee bars across America. The company had such a powerful brand that it did not need traditional advertising like billboards, newspapers and radio.

Moreover, Schultz ensured that the employees were well treated and had good working conditions. Starbucks even offered free health insurance plan to part-time staffs working at least 20 hours a week. It has been claimed that at that time the company spent more money on employees’ health insurance that on coffee beans for the North American business.

Over time Starbucks imposed itself as the reference for great coffee and had a great influence on the drinking habits of Americans. It was normal to hang out in coffee shops to have a cup of latte or espresso, chatting with friends or reading a book, or simply buying a coffe-to-go if you were busy. The company even had its own lingo for cup sizes like Short, Tall, Grande and Venti.

Schultz put great emphasis on the atmosphere, experience and feeling that the coffee bars offered. He ensured that all staffs were properly trained and motivated so that they could be cheerful. For Schultz, Starbucks was not in the business of filling bellies, but in the business of filling souls. In 1996 the company started expanding internationally by opening a new store in Tokyo, Japan.

Later it opened stores in several countries like China, UK, France, South Africa and even Italy! Today the company with its famous mermaid logo is operating in more than 70 countries. An interesting fact is that it uses only Arabica coffee beans, one of the best variety available. In 2019 the company was employing around 346,000 people and generated a net revenue of $3.6 billions.

I know that actually we are having a hard time when movements are restricted or limited, and that you are missing a Venti coffee!

Do you want to make a great and authentic cup of Starbucks coffee from the comfort of your home?

I hope you enjoyed the story of Starbucks coffee company and the next time you grab a coffee there you will think of it.

If you want to share your experience to not hesitate to write us! Cheers 🙂 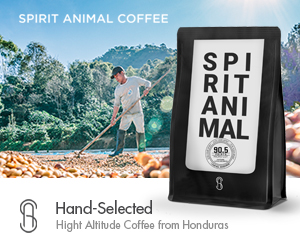